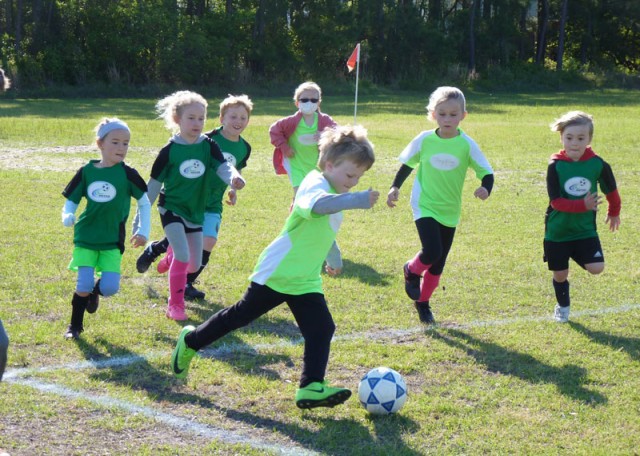 The Outer Banks Youth Soccer Association (OBYSA) is a youth recreation soccer league that operates on the Outer Banks of North Carolina.  As a recreation league, our primary goal is for children of all skill levels in our organization to have fun through the sport of soccer.  This is accomplished by giving all of our athletes adequate playing time (every player plays at least half of each game), plenty of opportunities to touch the ball (5v5 to 8v8 games), and a league philosophy that promotes soccer skill building, effort, and sportsmanship.  While the league supports travel and tournament soccer teams like Storm and Academy (In fact, many of our players also play on those teams), OBYSA fills a separate niche.

OBYSA operates as a spring soccer league.  In a typical season, player registration begins in early February and ends in early March.  Once player registration closes, the league will hold a draft to place players on teams.  Practices will then begin in mid-March. Games are played from mid-April to the week before Memorial Day.

OBYSA is a 501(c)3 non-profit organization run by a group of dedicated volunteer directors and coaches.  While the league does receive material support from Dare County Parks and Recreation (including use of its fields), OBYSA is not directly affiliated with DCP&R.  Funding for OBYSA is provided through player registrations and our local business sponsors.